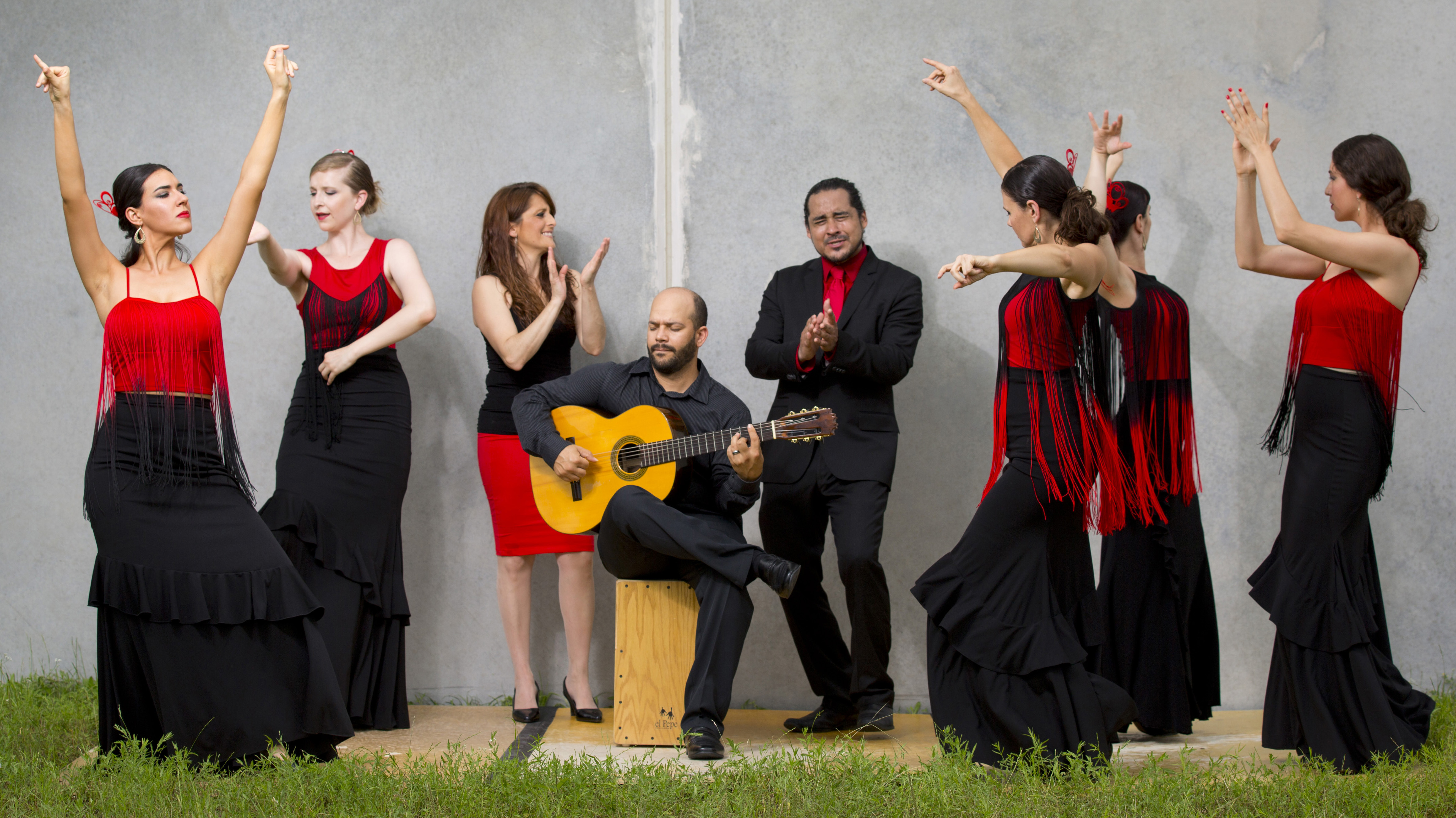 A’lante Flamenco Ensemble was to perform a year ago at Fowler Center’s, Riceland Hall, but was cancelled due to the pandemic. Now we are able to provide this event free of charge and open to the public with limited safe seating. Based out of Austin, Texas, this company excites audiences with a blend of traditional and contemporary flamenco music and dance.  A’lante Flamenco was formed in 2011 by Artistic Director/Choreographer Olivia Chacón and Music Director Isaí Chacón with the object of presenting flamenco to Texas and regional audiences in the freshest and most creative way possible. Since then A’lante Flamenco has grown in both size and vision, now incorporating 11 permanent members–7 dancers and 4 musicians–and producing popular traditional flamenco shows as well as innovative flamenco theater works incorporating multimedia and addressing relevant social issues. A’lante Flamenco’s work aims to reach audiences on a visceral level, provoking emotional responses through music and dance that crosses cultural and linguistic boundaries.

A’lante Flamenco’s productions have received acclaim from audiences and critics alike. Awards include the Austin Critics’ Table awards for Best Dancer 2012/2013 (Olivia Chacon in The Red Shoes), Best Dance Ensemble 2013/2014 (for Prophecies) and Best Dance Ensemble 2014/2015 (for Desplazados). The Red Shoes: A Flamenco Fairytale was also chosen as one of the “Best Dance Shows of 2012” by the San Antonio Express-News. A’lante’s newest production, Juana: First I Dream was nominated by the Austin Critics’ Table for “Best Dance Concert” for the 2017/2018 season.

A’lante Flamenco is sponsored by the Austin Creative Alliance, and is a member of the Texas Commission on the Arts’ Texas Touring Roster, which provides support for Texas presenters of our work. A’lante has also received support from the City of Austin Cultural Arts Division, the Mid-America Arts Alliance, the National Endowment for the Arts, the Redd Carpet Fund, and private donors. The company is currently touring works including Flamencura, The Red Shoes: A Flamenco Fairytale, Prophecies, and Desplazados, and selected pieces from 2017’s Sabor Flamenco.

This event is free and open to the public. Guidelines for safe seating will be followed.